When Against the Cult of the Reptile God sparked ongoing interest with two of my players in AD&D, I decided to take a whack at an ongoing campaign in that region of Greyhawk.  While I wasn’t interested in plowing straight through the Slave Lords series, one module stood out to me as interesting: A0 – Danger at Darkshelf Quarry.

Published in 2015, this module functioned to introduce the Against the Slave Lords series for its WotC hardback reprint (pdf available here).  It was written by Skip Williams, who playtested the original A1-4 series.  An appropriate author for an homage to this classic series of tournament modules. 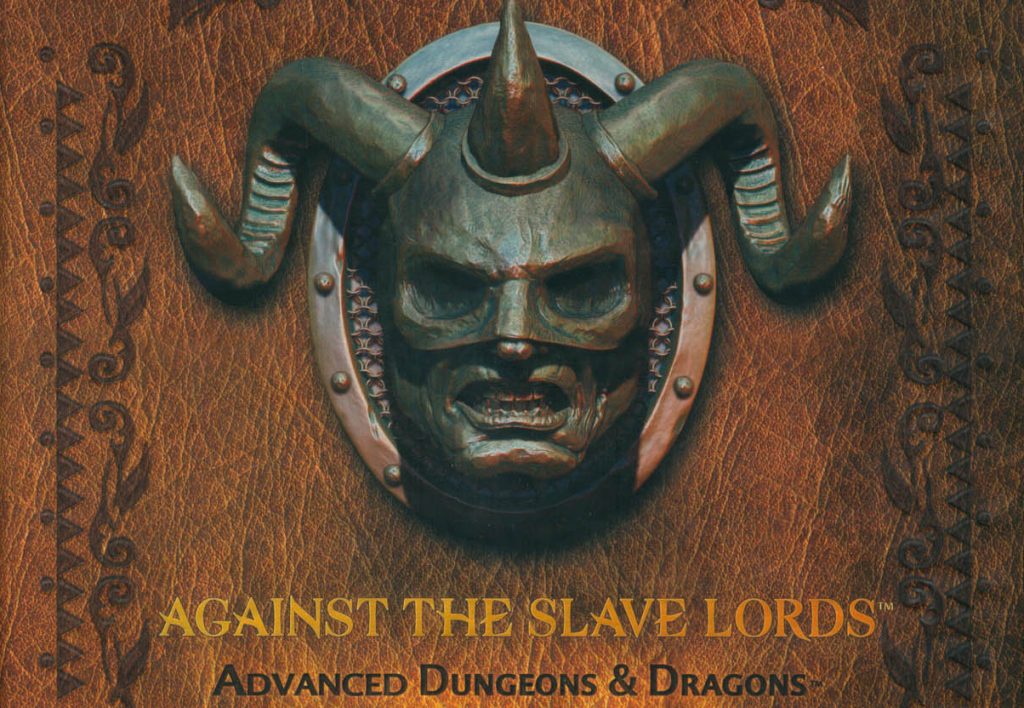 Now you may be surprised to hear me make reference to “tournament modules.”  While there are currently D&D Adventurers’ League adventures written for conventions, they’re still not tournaments.  How could you have a D&D tournament?  Well A1-4 actually spells it out for you very clearly.  The basic gist was this: there were 3-4 consecutive dungeon crawls.  The best players (the ones who survived) made it to the next session in the tournament, until the final round was only the best of the best.

The result is that these modules are basically a dungeon without a story.  In homage to them, Danger at Darkshelf Quarry is light on story and heavy on dungeon.  But again, I’m learning that AD&D authors really expected DMs to take modules and make them their own…which I did (more on that soon).  So without further adieu, here’s my rating and review of Danger at Darkshelf Quarry:

This is only my second formal review.  I found the scoring system on my review of Cult of the Reptile God a bit lacking, so this is an updated version.  Specifically, I’ve clarified how the “overall score” works.  I edited the Reptile God review to reflect these changes, so if you’re interested go check that out as well.  If you’d like to understand my ranking system better, feel free to go back to that same review to see a more in-depth description.

As before, all higher numbers are better.

So for Danger at Darkshelf Quarry, I’m going to give the following scores:

It pains me to score this only 3 out of 5, because I absolutely LOVE the artwork by Kim Feigenbaum and Rich Longmore.  They’re certainly in the style of the AD&D modules, but their craftsmanship far outweighs that of many of the old-school modules.

Additionally, the maps by Mike Schley (of whom I’m now an ardent fan) are great.  But here’s the problem: the maps are all minimized on one page in the hardback.  They’re practically unusable!  Luckily, Schley sells larger copies on his website, but it’s ridiculous to have to pay for a usable map.  WotC bungled this one on the publishing side of things.  So, all in all, kudos to all the artists, but “give me a break!” to WotC.  Art: 5 out of 5.  Maps: 5 out of 5.  Printing: 0 out of 5.

Where this module excels compared to A1-4 is that it gives tangible plot hooks to the DM up front.  Thus with the context about the surrounding area and the bad guys, you’re set up fairly well for adventure.  So this opening section is very easy to read and understand.

But it gets tough, when you starting reading the dungeon key, especially when the maps are so poorly printed.  Additionally, with old AD&D modules you could take the cover off to see the map as you read the key.  Not so with this hardback printing!  I’m not going to ding readability over this issue again, but just note that it’s a pain flipping back and forth to a really small map.

One other thing that I had difficulty with (I had similar issues with U2 – Danger at Dunwater, oddly enough) was understanding the geography of the path to the quarry, the quarry, and the guard house.  The guard house’s location and construction seemed really odd and implausible to the point that I sat there re-reading that section over and over.  I finally just moved on and hoped players wouldn’t dig too much into the infrastructure of the building.

Granted, this is the introduction to a tournament module.  So you shouldn’t expect too terribly much in terms of plot.  Yet the plot hooks, NPCs, and enemies are interesting enough to entertain and surprise even the most “modern” of players.  Granted, you’ll learn in this module that “Detect Evil” is a very powerful spell, when it’s unclear who the bad guys are.  But, all in all, my players responded well to the plotline.  Oddly enough, they compared it on multiple occasions to the Bond film, “Dr. No.”  But much of that had to do with things I built around the dungeon.

If you really want to maximize the plot hooks, you’ll need to develop the town of Darkshelf well beyond the module.  I’ll be writing more about how to do that in the near future.

One final thing: the dungeon is just not that lethal, compared to AD&D modules.  If you’re looking for a classic AD&D dungeon, you won’t find your players perishing quite so easily due to traps and what-not.

Compared to other AD&D modules, the ease of use is slightly below average.  A1-4 will score even lower.  Basically, if you’re not using them as tournament modules, it puts more pressure than is necessary on the DM to build the world around the dungeon.  In the end, I had to put a good deal of effort into world-building that eventually left me asking if it wouldn’t be easier to use another module.

My players enjoyed this module, but as a DM I found myself needing to direct the players a little more than I like to.  In retrospect, we all enjoyed Reptile God more.  I think part of the problem was trying to retrofit a tournament module to a regular weekly campaign.  I’ll certainly be trying this again in the future, but hopefully my world-building skills will be improved a bit.

For my group, this module has become the real starting point for a broader campaign that, while it will incorporate parts of A1-4, will dig into a larger plot involving slavers and the war in the Pomarj.  There’s enough here to build upon for the future.  In fact, Darkshelf Quarry (which I moved to Flen in Keoland) has become our players’ home base for the foreseeable future.

Keep in mind that average means that I find this module to be reflective of a normal AD&D module.  Not great, not terrible.  Definitely fun and playable.  While it wouldn’t be the first module I’d recommend that you play, I think it’s an excellent introduction to tournament modules and the Slave Lords series.  My favorite things from the module would be:

Hope you enjoyed reading the review.  If you’d like to check out the module for yourself, get a copy here.  Or if you’ve played it yourself, leave your thoughts in the comments below or on Twitter!

One thought on “Review: A0 – Danger at Darkshelf Quarry”