It all started out so innocently–just a normal, every-day mattress fire started by our cleric.  You know, in a wooden inn.  And in the end, the Golden Grain Inn (from N1: Against the Cult of the Reptile God) was in ashes.

This, my friends, is the danger of giving players freedom to choose.  It’s possible that they may just burn the inn down!

Now this came as no surprise to me.  As a player character, I’ve roleplayed as arsonist a time or two.  I’m sure you’ve seen it happen too.  But these sorts of character actions cause a problem for us: offering freedom to players often constrains the story.

In the case of this unfortunate fire (which occurred in last Monday’s session, mind you), we now have a major set piece in ashes.  But beyond that, as the DM, I’m faced with a really complicated conundrum: how do the [bad guys] respond?  The module does not have much fluff about these folks.  So now the storyline has been shaken.  Where do I go from here? 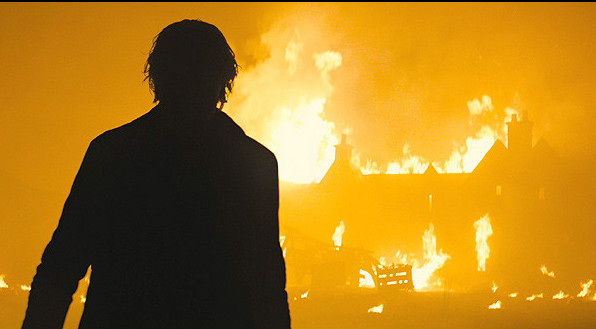 For every action, there must be an equal and opposite reaction.  And that is what the GM must be prepared to do.  Here’s how you can do it with ease:

Know your options for consequences

I can think of at least four categories of consequences that can come about when your players introduce a monkey wrench in the storyline:

So these are the four consequence types that I could see using in response to players actions that totally throw you off the scent of the storyline.  But what to actually do with these?

This is the best action for you to take right now.  If your player’s actions are threatening to derail the whole plot, make sure there’s a consequence!  It’s not that you don’t want players to “step out of line”–you want to make sure that for every action there is an equal and opposite reaction!

When you begin to GM this way–when player actions cause real responses–it gives more meaning and weight to player freedom.  Players will play more carefully and strategically, when they know there are going to be consequences.  Additionally, this will prevent any overly active murder-hoboing.

How immediate does this consequence need to be?  I usually wait until the next session.  I think on what the players have done each session and add complications that seems (a) appropriate to the storyline and (b) fun and challenging for the players.  Don’t be vindictive.  Be thoughtful as you guide your players into a better, deeper, richer story.

Now I find this particularly fun.  In life, choices have consequences that can last for a very long time.  Why not have the same thing happen in your RPG campaign?  Imagine it this way.  If you’re using a pre-published module (which I am), think in terms of different timelines in comic books, movies, or theoretical physics.  Every choice your players make sends your timeline in a different direction.  It need not be far off the original timeline, only a mere adjustment or two, but it should affect eventual outcomes.

To give an example from my current campaign (without spoiling it for my players), there is no way that our PCs will be able to go unnoticed by their enemies any more.  They have arrived in Orlane.  They have burned down an apparent stronghold of their enemy.  What they may have accomplished through stealth and trickery can be done no longer.  No, they will now be opposed.  But it will take time for that to set in.  And it will be wild when it does.

What do your characters set in motion long-term through their actions?  Give thought to this, as it will make for a much more enjoyable and fun story for everyone.

So what are you facing in your campaign?

I’m curious what monkey wrenches your players have thrown into your story lately?  How have you dealt with it?  And what creative solutions can you give us for creating compelling consequences for player actions?  Let me know!  Here’s how:

5 thoughts on “Can you provide your players freedom of choice?”