DMs, do your players always take the path of most resistance?  Or are they content to sit in the local tavern for four solid hours, roleplaying and digging up so much information that you never could have prepared for it?  Or maybe they simply murder hobo through every NPC you carefully crafted.  Here’s my point:

Campaigns never go according to plan, if you plan.

As DMs who are trying to juggle family, jobs, other responsibilities, and gaming, it can get frustrating.  I mean, is there any point in planning at all?

I believe there is a point to planning within limits.  And it all starts with having the right attitude.  You need to make a plan in order to break it.  You heard me right.  Plan with the expectation and intention of breaking that plan. 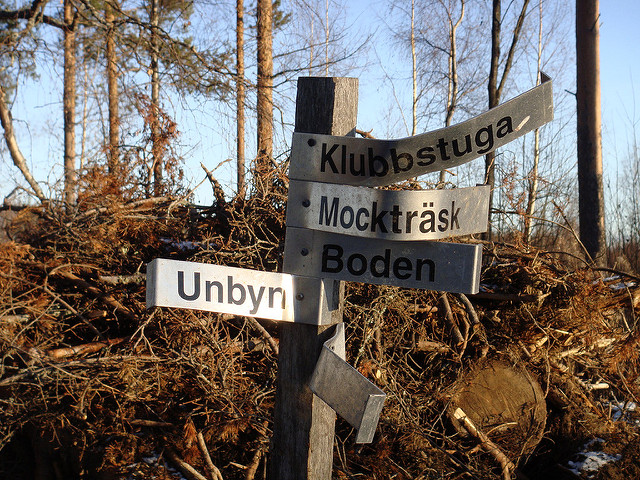 The path your campaign takes will never be straightforward and simple.  It will be twisted and complicated with lots of course correction.  So here’s how you can plan for that  without losing your sanity:

As a general disclaimer, if you like to plan whole campaigns or long-term story arcs, invest your time in developing interesting NPCs and settings.  Do not–I repeat DO NOT chart out the storyline.  You’re not directing a movie.  You’re not writing a play.  You’re creating a world within which the characters have free will.  And though you may try to violate that will, you will fail.

I generally plan from session-to-session.  And I usually have no more than one page of notes.  Here’s what that page consists of:

This is the beginning of your session.  Additionally, this is the part of the session during which you will have the most control.  Why?  Because your players are distracted and still getting into the groove.  They’re still unwrapping snacks and getting situated.  So now’s your time to shine.

The key is having a clear problem for the players to solve.  It helps if the problem has each of these elements:

Here’s are a couple examples:

The goblin witch doctor has poisoned the river (external).  One of the player characters is a goblin (internal).  Can goblins actually coexist in any friendly way with human civilization (philosophical)?

The dragon has captured the princess (external).  The players actually oppose the reign of the princess’ father (internal).  Which is more important: being heroic and important or having political integrity (philosophical)?

Do you see how this could lead to challenging, deep gaming?  Sure, we’ve all killed a dragon and brought home the princess.  But have we ever used our heroism as a means to political reformation?  Have we ever overthrown the goblin witch doctor, in an effort to bring humans and goblins together?  Let me tell you, your characters would fight the goblins differently if their end goal was peace.

Put your effort into the problem.  Plan how that will go, because you can generally control it.  But from that point onward, anything can happen.

If I was going to be true to the StoryBrand framework, I’d tell you to focus on what Success and Failure would look like, as it regards the Problem.  But I’ve done enough roleplaying to know it doesn’t play out like that.  You’re now an hour deep in the session, players are banging on all cylinders, and you have no control.

Therefore, you need a bag of tricks.  Things that could happen as the players go about solving the problem you’ve presented.  Here’s a list you can use:

If you keep these items sketchy, you can throw them in wherever you need them.  The guy with background information?  He can be the barkeep.  Or the person your PCs decide to track for no clear reason.  Hell, it can be a spirit that appears to one of them in a dream.  Doesn’t matter!  Just see what your players want to do and toss it in there.

And don’t force combat on players.  If they want it–love it–need it, then give them somebody to chop on.  But if it’s not necessary for the story or for the players, just have a fight in your back pocket in case you need it.

1-2 lines: Have a vague notion about your next session

In the last hour, all you’re trying to do is (1) bring some sense of closure and (2) aim the story in the general direction of the next session.  As a result, I usually write no more than one or two lines about what I expect in the next session.  The odds are good you’ll be miles from it, but maybe you can drop a hint or two that can be developed for the next week’s problem or challenge.

In the end, whatever you plan is going to get bent, turned, or snapped by your players.  And that’s not only normal, it’s good.  As a DM, the most rewarding thing is not watching the players be surprised.  The most rewarding thing is when the players surprise me with their creative responses to the problem presented.  When they take the path of most resistance, I smile.  When they sit in the tavern for four hours of roleplay, I take a quick break to pour a beer so I can get in the mood.  When they decide to murder hobo my NPCs?  I murder ’em back.  Every DM needs a little carnage every once and a while.

You just can’t get frustrated when things don’t go as planned.  It’s the unplanned things that make the journey interesting.  So be prepared to course correct.  Literally, make a plan in order to break it.  Your players won’t feel trapped and they won’t feel like they’re meandering.  And you won’t feel like your players are taking your prep time for granted.  By making a plan in order to break it, you find a happy medium of flexibility and structure.  You’ve got a plan you’re willing to break, because you haven’t put hours into the process.

Give it a shot this week!  And then tweet me the results.