If you decide to learn 1st Edition Advanced D&D, don’t start with the Dungeon Masters Guide.  I repeat!  DO NOT BEGIN WITH THE DMG!  Why not?  Well it’s helpful to know the release dates for the three core rulebooks for 1e AD&D:

That’s right, the DMG didn’t come out until almost two years after the first release!  Well how did players play without a DM’s guide?  Easy.  They were using the rules from either the Original D&D (January 1974) or D&D Basic (June 1977).  So DMs more or less cobbled together a way to play until the DMG came out in 1979.

So why not read the DMG first, oh new learner of AD&D?  Here are my reasons why:

So where should you start?  As someone who has now officially read them completely backwards (DMG -> PHB -> MM), I’m actually going to give the advice I’ve gotten from my grognard friends: go in chronological order. 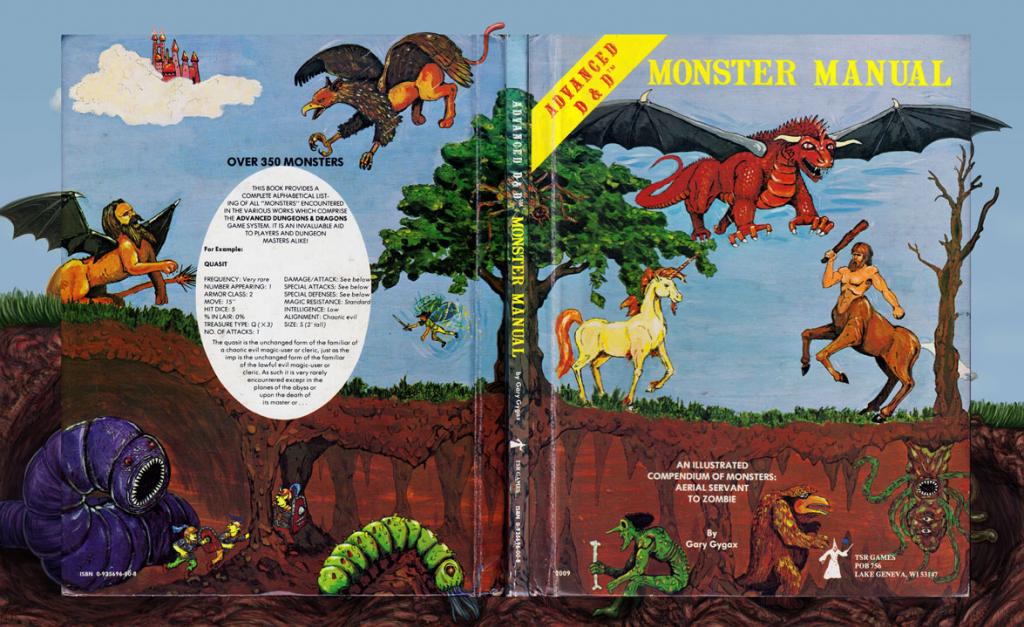 The Monster Manual is a quick read (if you only read the introduction, conclusion, and skim the monsters).  It will give the necessary explanation of hit dice, monsters, and encounter style.  Plus, you’ll get Gygax’s personality instantly.

The Players Handbook is next.  And what a treat it is!  I’ll be dedicating a whole post to that wonderful work either this week or next.  I literally read the entire thing in one sitting.  Perfectly organized.  Really fun to read.  This is the bulk of what you need to learn.

And finally, the DMG.  I bailed after 140 pages to go back and read the other books.  Now I’m wrapping it up.  Again, it’s classic Gygax, in terms of tone and writing style.  But, good heavens, it’s poorly organized.  Now thirty-seven years later, this organizational problem has been mitigated for us by the good folk over at OSRIC.  Using the 3rd edition Open Gaming License from WotC, they’ve reproduced the rules from AD&D in a more organized, easily processed version.  It sure doesn’t have the flair of Gygax, but it’ll get the rules across more clearly.

Anyway, that’s my recommendation to you.  Don’t…please don’t start with the DMG.  I made the mistake so you don’t have to.  Start with the Monster Manual, then the PHB, and you’ll be on your way, faster than you can roll a d20.