What was the last movie that you saw?

I’m ashamed to say it was Ted.  Yes, the Mark Wahlberg movie with Peter Griffin talking for a foul-mouthed, pot-smoking teddy bear.  I was getting over a stomach virus.  I needed a laugh.  So sue me! 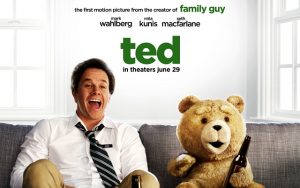 Enough about me, what was the last movie that you saw?

Twenty bucks says you had a pretty good idea how the movie would end well before it ended!  Stop and think about it.  Most movies forecast the end, so that we anticipate the ending in advance.  And until that expected ending comes, we’re on the edge of our seats.

But what does that have to do with gaming?  A LOT.  Game Masters have a lot on their plate.  And one of those responsibilities is keeping their players engaged.  How can we utilize this same technique used in most movies to keep our players on the edge of their seats?

Watch for what excites your players

Listen to your players, as the game progresses.  Do you hear them making comments about what might happen?

“That barkeeper sure seems suspicious…”

“Do you think that mystic was really telling us the truth?”

“This stronghold sure seems out of place…”

What’s funny is at least 65% of the time, my players make these comments about utterly random NPCs and situations.  Why is that NPC so quiet and mysterious?  Because the Game Master doesn’t know who he is!

But here’s what we need to realize.  When players make these comments about NPCs, settings, or situations, they’re creating their own expectation.  And by mentioning it to the group, they are subconsciously signalling that they’d enjoy seeing that reality come to life.

So as a GM, be listening for your players to slip you these little tips.  They’re unintentional, but they’re valuable.

Ask your players, “what do you want?”

If your players aren’t so verbal and revealing, there’s another method that’s helpful.  How many times have your players said something like this:

“I want to search the room. [Rolls dice] What do I find?”

“I want to do a Nature check on that creature. [Rolls dice] What do I learn?”

When your players ask these kinds of questions, they already have an unstated expectation in their minds.  They’re wanting to see a result…they just haven’t told you what it is.  So here’s what I’ve started doing.

This gives you a better idea for what your player really expects and wants to see happen in that situation.

Give them what they ask for

For some GMs, this is the most heretical statement I could make.  But bear with me.  If the goal here is keeping your players on the edge of their seat–building expectation and enjoyment–then this is one of the most powerful ways you can do that.  Learn what they want or expect and then give it to them.

Now, you may wait to give what they want.  It can be the big reveal at the end of the session, campaign, or story arc–that’s particularly satisfying!  And if you’re going to do that, drop little hints along the way to increase the suspicion.

But there’s also no harm in little payoffs along the way.  So your players want to find a secret door, but you didn’t plan for a secret door?  Give ’em a secret door!  And then booby trap the hell out of it!  Your players are looking for someone suspicious in a crowd, but it’s just a faceless crowd?  Slap a twirly mustache and a villainous hat on somebody and start a chase!  They expect the barkeeper to be a closet assassin?  Start putting bloody fingerprints around the pub!  That’ll get ’em going.

For GMs that might not enjoy this level of malleability, let me put it this way:

If you and your players enjoy gaming as you are now, that’s totally fine.  I have no problem with that.

I’m convinced that this trick to GMing keeps me and my players way more interested.  So here’s my challenge for you: try it out this week, GMs!  Whatever game or system you’re playing, give it a whirl!  Give your players what they want and see if they (and you) aren’t sitting on the edge of their seats.