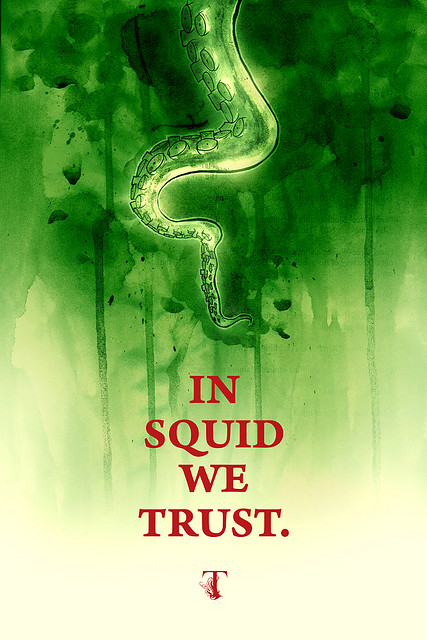 Welcome to Experience Points, my weekly response to one of your questions about anything!  Life, relationships, faith, or gaming…really anything is game!  If you’d like to send in your question, feel free to email me.  Here’s our first question:

As a GM, how can I help players play religious PCs well?

There are a lot of ways that this can be answered, depending on how you define “playing religious PCs well.”  Here are some of the different ways you can look at it:

In the case of real-life religions (like Christianity, Islam, Hinduism, etc.):

In the case of setting-specific religions (like the Cult of Sehanine):

Religion can complicate your tabletop…

The first two questions really challenge the player to be a student of the religion that his or her character believes.  If you’re embodying a faith that is not your own, you’ll need to learn more about it.  What do proponents of this faith believe?  Why do they believe those tenets?  And how do their beliefs impact their thinking and their lives?  The only way that players will know this is through a little research, either interpersonal, or academic.  You’ll want players to talk to people and to study sources that are generous, rather than critical.  The goal in our gaming is not to deconstruct other religions!  It’s to tell a story that is fun for everyone at the table.

As a conscientious GM, you’ll want to guide your players away from stereotyping people of faith.  Stereotyping may be fun, when you’re talking about a dwarf or a dragon.  Stereotyping others is not fun, when you’re talking about real people.  You can extend that beyond matters of faith, even to matters of race, culture, sexual orientation, and beyond.  Not only is it not fun for everyone, but I would argue that it’s objectively wrong.  On what grounds?  It isn’t loving.  And I think we can all agree on that!

The only time I can see an exception from the stereotyping rule is this: if all of your players have a shared faith, it might be humorous to play a stereotype of your own faith.  For example, I’m a Protestant Christian and I’ve played with groups that were made up of Protestants and Roman Catholics.  In that setting, I think it would be appropriate for me to play a Protestant stereotype, poking fun at my own history and experience.  As a GM, though, you’d want to gauge how appropriate that might be for your group.  If the players don’t really know each other well, I wouldn’t recommend it.  But in some special circumstances, it could be good for a laugh.

One final caveat and I’ll move on: designing characters to be “funny” doesn’t last long.  It may be fun for a one- or two-shot.  It gets old pretty quickly, though.  So don’t employ the self-stereotype, unless you’re playing a short-term game.  FIASCO is a great game for that sort of humorous PC.  In fact, it’s the only system in which I’ve seen this done appropriately.

…or it can enrich your tabletop!

In a recent episode of the awesome gaming podcast, potelbat, Sam Bigum made mention of how characters’ religions often fade into the background.  The cleric’s holy symbol becomes nothing but a means to an end and their religion as inconsequential as their hair color.  I personally think that’s a problem.  And here’s how we can solve it:

First, don’t require your PCs to have a religion.  Nobody requires that you have a religion, so why require your PCs to have one?  I understand that religion is a feature of some games, like Dungeons & Dragons.  You pick a religion and you get some extra little gimmicky feat or power.  Like you worship Moradin, so you get a +2 to social checks against dwarves.  Let’s be honest, in the real world, nobody really cares if you’re wearing a cross necklace.  So who cares if you’re wearing a charm of Moradin?

Here’s what I’m getting at: don’t encourage nominalism!  What is nominalism?  It’s when people profess to believe a faith that really doesn’t have an effect on their lives.  They mark “follower of Sehanine” on the annual census documents, but they burn down forests in their off-time.  That person isn’t really a proponent of Sehanine’s faith—he’s a nominal Sehanine follower.  So don’t require PCs to have a religion.  In fact…

Give your PCs incentive to not have a religion.  Now this might seem at odds with the original question.  But here’s the point: when people choose to be religious or non-religious, they do it for reasons.  There is some incentive, in their opinion, to that way of belief and life.  And that includes being irreligious—there is some benefit in it.  What incentives can you imagine giving a PC without a religion?  It’s something worth thinking about!  Maybe your characters inhabit a region where it’s illegal to be a proponent of a specific religion?  And because they are not religious, they actually get treated more hospitably!  How will this enrich your game?

It will make it more costly to be religious.  And then it will actually begin to mean something.  A costly faith will ultimately be more moving and meaningful to the player—and it will enrich the story in new and better directions.  There are other benefits that you could add to not having a religion, but I’ll leave those up to your imagination (and your comments below!).

A third and final recommendation: give PCs incentive for restricting themselves with their faith.  In the Mouse Guard RPG, players can be rewarded for using their own traits against themselves.  For example, a Hard Headed guardmouse might be good in an argument, but he might be terrible in a political negotiation.  If the player chooses to use his character’s trait against himself, it benefits them later in the game.  Similarly, find a way to reward players for using their religion against themselves.  Maybe it limits their activity on certain days or in certain settings?  Maybe they have to spend spare time in meditation or study, rather than going to the tavern for a pint?  While other PCs are getting new armor, maybe the religious character gets a +2 to defense for a certain period of time, because their divinity is shielding them.  Use your imagination, but find some way to both restrict and benefit your PCs with their faith.

Don’t be afraid to change your approach.

My experience with religion at the tabletop is very limited, because I don’t want to erode group cohesion.  If you decide to implement some of these ideas but find them not working well, don’t be afraid to change course!  Tell your players you made a mistake and invite their input.  There’s nothing wrong with realizing your current path is unhelpful and finding another.  After all, isn’t that one of the basic goals of faith?  To put ourselves on a better path?  And sometimes we GMs need to do just that.

9 thoughts on “Experience Points: The dangers and benefits of religion at the tabletop”