If you’re looking for a new game, you’ve got a problem on your hands.

And the problem isn’t scarcity–no, quite the opposite!  The number of  tabletop games available in 2016 is a bit mind-numbing.  Not only do you have new games coming out quite frequently, but you’ve also got years of old games just waiting at your FLGS and on eBay.

And for grown-up gamers such as ourselves, our ability to take on new games is limited by our schedule.  It’s tough to keep up with your responsibilities, while trying to learn every new game that comes your way.

So as the guy who’s been encouraging you to try out AD&D, 1st Edition, I feel it’s important for me to answer the question:

Is learning AD&D, 1st Edition worth the trouble?

Is learning this old game really worth it?  Will I regret not learning a newer game instead?  And will it really be all that different from other editions of D&D?  I’m going to try to answer this question for you in a series of blogs, starting today, by highlighting unique aspects of AD&D 1e.  As someone who is currently running the system, I believe that AD&D 1e is well worth your consideration and gameplay.  I’m actually beginning to wonder if it’s one of my favorite RPGs.

One aspect of AD&D 1e is that is unlike any game I’ve ever played is how leveling works:

As with other versions of D&D, player characters gain experience points (XP) for making progress in the campaign.  And once a player has achieved a certain number of XP, they are able to progress to the next level–the next stage in their character’s development.

In my gaming experience, leveling usually happens whenever a game session concludes.  You get your XP, you update your character sheet, and you show up next week with a better character.  Not so in AD&D.  To quote the DMG, “UPWARD PROGRESS IS NEVER AUTOMATIC” (pg. 86; caps original to text).  But the reasons make tons of sense!  Here’s how it works:

Is this classic Gygaxian over-complication?  Yes.  But I like it anyway.  Here’s why: it just makes sense.  What warrior really improves simply by fighting?  There are some benefits, but having a master teach them–that’s where the real growth comes.  I mean, haven’t you seen Karate Kid? 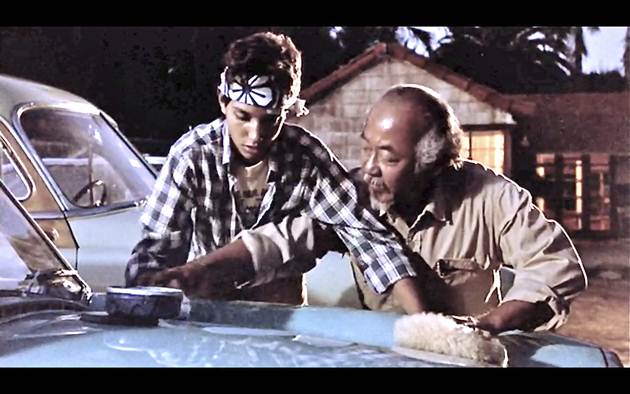 In my mind, this approach to leveling makes lots of sense.  It takes time and resources to improve at any skill.  And that would apply to gaining levels.

Warn your players ahead of time

Here’s where I goofed up.  I didn’t tell my players about this rule.  That is one difficulty I’m finding with AD&D–players don’t know all the rules, so I really have to remember this stuff.  Anyway, my players got way too much XP and, as would be assumed, got excited about leveling.

Until 30 minutes after the game.

That’s when I shot out a quick email announcing that they didn’t actually level yet.  And I explained the rigamarole to them.  Granted, we’re all learning the system together so there were no hard feelings.

That said, warn your players ahead of time if you’re going to try something like this.  But why bother?  What’s the benefit to you and your game, if you try AD&D or if you adapt this approach to whatever game you’re playing?

Sure, it’s a fantasy game, but that doesn’t mean everything has to be unbelievable and fantastic.  I really like the idea of my PC going off on his lonesome to find a long-missing master of the sword.  I wouldn’t mind actually having a whole side quest helping the Monk in the party find a hidden monastery with secrets of his art.

This approach to leveling forces a player to think deeply about their character and their character’s development.  It makes them think about the purpose of their class and alignment.  It deepens immersion.

But I’d encourage you.  Don’t keep with the status quo.  If you’ve always done automatic leveling in your game, suggest a change for a while.  Try something different.  Or if you’re looking for a new game, try out AD&D 1e.  It won’t bite, I promise.

First, buy your Players Guide and Dungeon Masters Guide for 1e.  It’ll be a fun read, even if you don’t decide to run the system.

Second, stay tuned for more blogs soon, highlighting the unique aspects of AD&D.  For those familiar with the system, any requests for write-ups on your favorite aspects of the game?  Sound off in the comments, tweet me, or email me!