Do you know how many new games I want to be playing right now?  Let me name a few.

D&D 5th Edition is calling my name, even though I’m absolutely mesmerized by AD&D 1e.

And let’s not even bring up the board games, like Betrayal at the House on the Hill or Star Wars: Imperial Assault!

Here’s the problem with all these cool games out there: what if I invest time, attention, and energy into a game that I end up disliking?  Is it just going to sit up there on my shelf unplayed?  Am I going to wish I hadn’t bothered in the first place?  In the end, it seems like finding games that fit me should be easier! 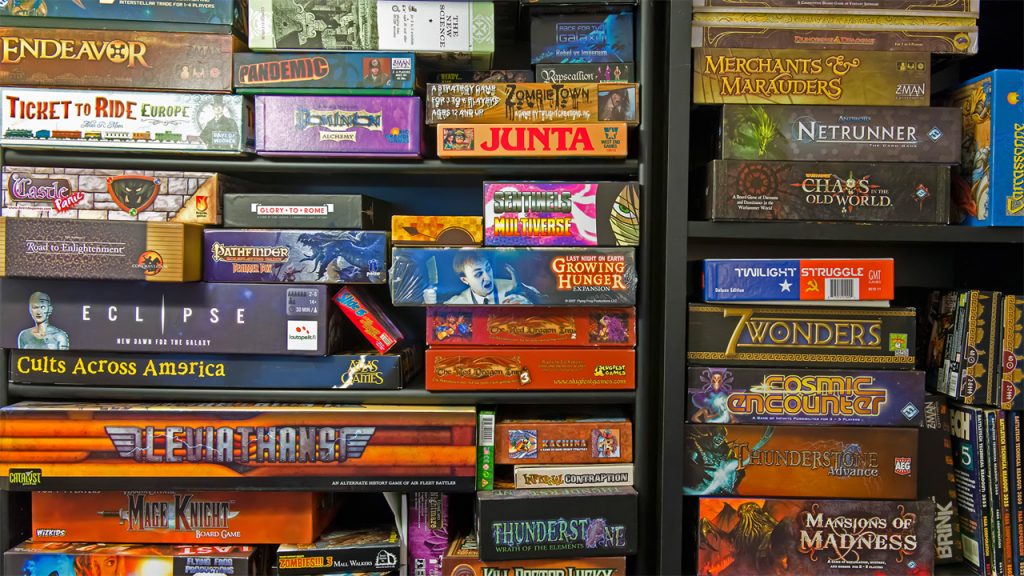 But hear me clearly: it doesn’t have to be this hard to find a new game to enjoy!  Here’s how you can pick a new game that will not only deepen and diversify your fun, but possibly even strengthen your local gaming community:

Find someone who will let you try their games

This tip is so simple that I hope it’s not condescending.  I know that many of you do not have a local FLGS…and you may not have gamer friends who are local.  But this is still a possibility!  Especially if you’re talking about tabletop RPGs.

The ability to play RPGs online gives you unprecedented chances to try new games.  You’re welcome to tweet me or post on my FB page if you want to try a new game.  If I don’t know it, I promise I know somebody that does!

That said, if you do have local gamer friends or an FLGS that does game demos, take advantage of every opportunity!  Before you sink your hard-earned cash and much-treasured time into a game, try it out!

You’ve likely noticed that I’m a bit of a fanboy of Fantasy Flight Games.  I’ve never played a game produced by FFG that wasn’t of the utmost quality, both in terms of gameplay and production (though they do seem inordinately addicted to tokens of various kinds).  FFG has, in my opinion, become kings of genre-bending games.

What is genre-bending?  It’s taking one type of game and integrating other game types into it.  For example, The Lord of the Rings Living Card Game (which I do play) is a strategic deck-building card game.  You know, like Magic: The Gathering and others.  But…it’s different.  How so?  First of all, it’s cooperative rather than competitive.  You are playing with other players, not against them.  Second, it can also be played solo, which I’ve found quite enjoyable.  Third, as you play the game, it progresses through a Tokien-inspired storyline, similar to an RPG.  The story is told as you play.  The LotR LCG is a deck-building card game, infused with RPG elements.  It’s very cool.

So here’s my point: find a genre-bending game that’s similar to what you enjoy and give it a shot.  As an FFG fanboy, here are my recommendations:

For RPG players looking for a card game:

For RPG players looking for a miniatures war game:

For RPG players looking into strategic board games:

Those are just a few fun suggestions worth checking out.  In the end, find a genre-bending game to expose you to different types of gaming.  You’ll enjoy it!

Deepen and diversify your fun

In the end, once you’ve tried a game that appeals to you, go for it!  You might be surprised not only how often it makes it to your table, but also how many other people might enjoy playing with you.  That’s one way to remedy the problem of no local gaming community–start one!  As you diversify the games you play, the more opportunities you will have to find somebody that wants to play with you.

What other genre-bending games can you recommend to us?  And what tips do you have for finding new games?  Sound off in the comments below or on our FB page!

2 thoughts on “What’s your next new game going to be?”